There is a perceived lack of career progression in the finance industry for women, causing female workers to either be discouraged to enter the sector or, in some cases, leave the financial services realm all together. As part of our women in finance focus this week, we're exploring whether this perceived barrier to progression is myth or reality.

Is the negative perception of progression present due to a distinct lack of visible female leadership within the financial services industry? Although research would suggest that there has been an increase in the number of women entering the FS profession, the lack of female leadership in a predominantly male environment is likely to be discouraging females from joining the profession or indeed feeling that they can advance in the sector. We interviewed Karina Lo Dico, a qualified Actuary, who said that a “lack of female role models” serves as an obstacle for women looking to enter or progress in the financial services field. Alongside this, Karina suggested that there should be much more corporate storytelling to provide “the sort of inspiration to break down barriers”.

Fiona Morrison, president of the IFoA, discussed gender balance in the FS profession during an interview with The Actuary magazine. Morrison said she was “overwhelmed” by the way women viewed her election as president as they voiced the fact that it enabled them to see progression is within their reach. Rather than cultural or logistical obstacles to progression, could the flip-side be that it is a lack of self-belief and confidence that is holding women back in this male dominated field?

Rather than challenging the perceived barrier to progression, we need to challenge the unnecessary barriers for women who do not fit the ‘standard’ mould of the self-confident, self-promoting profile the FS sector can be so typically rife with. We also need to ensure that women can be themselves at work and not feel pressured into ‘becoming like a man’ in order to succeed. With gender equality in financial services being such a prevalent topic, companies are seeking more diverse executive boards namely to boost their diversity statistics in response to the increasing interest to investors alike.

It is definitely apparent that the finance industry is taking the lack of women at a senior level seriously and there appears to be a focus on re-shaping the opinions of senior leaders and managers in order to achieve gender equality in the FS sector. An additional factor that could improve the position for women is to focus more on qualitative skills rather than quantitative ones. Many financial firms base performance on billable hours or revenues brought in rather than initiative, improving business operations, creative thinking, problem-solving skills; all attributes which provide greater long term value to business.

The issue of gender diversity is recognised widely as a business issue by corporates of all shapes and sizes and not just financial services. Many large businesses are now setting themselves targets to significantly increase the number of women they employ within senior roles alongside setting up networking forums for female staff. In doing so, they are undoubtedly balancing their skill set and providing role models to female employees and graduates looking to enter the sector. The Association of Professional Staffing Companies (APSCo) have recently launched Women in Recruitment (WIR), aiming to support women in the recruitment sector achieve their full potential and to assist firms in making the most of their female talent. Having conducted research into why talented women leave recruitment before achieving their full potential, findings indicated that 41% of women said a lack self-confidence was holding them back in their career. Evidently, financial services isn't the only sector where women feel there is a perceived barrier to progression.

Here at Oliver James Associates, we're proud to support women in leadership and regularly host a multitude of events to recognise and promote female talent. On the 18th November, we're hosting an interactive panel discussion and networking event about leadership in conjunction with the Women's Innovation Network (WIN) of Zurich Insurance. Key speakers include Allison Janisch, Head of Liability Europe at Axis Capital, Susanne Kaske-Taft, Client Executive and former Head of Solvency II Client Project at Swiss Re and Andrew Gallacher, Partner EMEIA Financial Services at Ernst & Young. These events enable attendees to discuss the challenges of modern leadership, network with peers and gain insightful information from female leaders.

Despite the increasing interest and commitment to gender diversity in the FS sector, the barrier to progression for women is still a reality in certain areas of the financial services industry, particularly banking. We need and deserve a greater number of female leaders on executive boards to act as role models for existing female employees and future ones alike, positively promoting career pathways for women and providing a visible demonstration that females are also leaders in the financial sector. 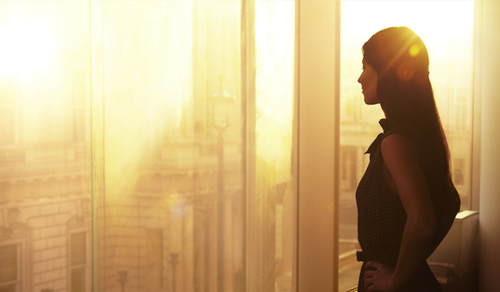