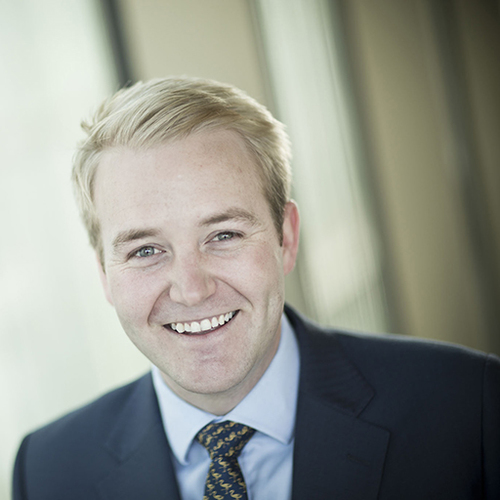 A popular and well-respected member of Oliver James, David Parker is a man of many talents. Living proof of the business’s flexibility to retain great people, David began his career here in recruitment, before moving on to internal talent attraction and finally settling in the company’s award-winning Learning and Development team. But how did David come to the fore as one of the company’s most effective trainers? In this Q&A, we discover what makes David tick in a role where no two days are ever the same…

David, when did you join OJ and what is your role?

“I joined the business in 2011, and to be honest, I’ve worn a fair few hats in that time! Initially, I worked on the actuarial desk, where I was mentored on the candidate side with great success, earning my promotion in three months. I spent the next three years or so on the desk, but I wanted a new challenge. Making the move from actuarial recruitment to talent attraction, I was tasked with one objective: to find and bring great people into the business. This was something I really enjoyed, and highlighted that meaningful interaction with talented people was a big driver for me. When I placed Kenny McPhail, the Head of Learning & Development, I found my true place within the business. Today, I’m the lead L&D consultant for our UK, Ireland and Italy offices.”

What is your background?

“I went to the University of Northumbria, but actually left a year and a half into my course. In reality, I loved all aspects of university life except for the learning – quite ironic given my role today! After I decided not to pursue a university education, I applied for the first job I saw in a local paper, which was direct sales. I’m a people person, so face-to-face selling was a great fit for me, and when one of my colleagues was promoted to lead his own division in Liverpool, I followed. Working with him for two years was amazing, but the type of sales I was doing wasn’t a long-term prospect for me. I left to join OJ, and the rest is history.”

What attracted you to a career in recruitment?

“It was actually my girlfriend (now wife), who was working at the same sales company as me. She interviewed for a couple of jobs in Manchester and the agency representing her told her to try recruitment. She said I would love it, so I met with a few recruiters to discuss the prospect. It seemed like I had a lot of the attributes required to be successful in recruitment, in that I was outgoing, positive, hard-working, and willing to learn. Coupled with that, the benefits were amazing: good salary, fast-track progression, and the opportunity to work in a more professional, corporate environment. I met with three businesses, and got three same-day offers, but OJ was the most natural fit without question.”

"Put simply, it was the people. My first interview was with Oliver and second with James, the MDs. They were incredibly personable, and the way they described the business and where they were looking to go with it was very entrepreneurial. Also, what they’d done up to 2011 backed up everything they said they were aiming to achieve, so I knew they weren’t selling me a pipe dream – these were ambitious but realistic plans. If I was going to move into a corporate environment, I wanted to have role models like these. When I joined there were only 75 people across Manchester and London, but to have the MDs of a business of this size on the sales floor was rare even then. Today, we’re a company of 350 people, and they’ve not changed one bit."

What does your day-to-day entail?

“No two days are the same at OJ, which is fantastic for me, as I crave variety in my role. I’m on the phone to people all over the world, constantly out at meetings, in training rooms, and travelling. This is not your typical desk job! The majority of work I do is one-to-one coaching, helping to develop individuals in the business from brand new to recruitment all the way through to directors. The interactions we have aren’t just one to one, they’re group learning in a classroom, core training modules and discussions with our peers in other offices to continually develop the L&D programme. I’m also a bit of a tech geek, so the fact I get to use the latest learning technology through iPad and Bluetooth headphones while coaching is really cool.”

What is the most rewarding part of your job?

“Hands down it’s seeing the people you’ve worked with achieve what they set out to achieve. It’s not easy to come into the industry with no experience and start smashing targets straight away, so when people really knuckle down to learn – and succeed in those efforts – it’s super gratifying. Whether it’s their first deal, lunch club target, promotion or even hiring someone for their team, I take a great deal of pride in being a part of people’s accomplishments. This was a big reason why I moved into L&D.”

How would you describe the culture at OJ?

“I think it’s one of continual improvement, where we’re always trying to raise the bar and better ourselves. When I started, for example, you’d see a few deals a day going round on email – now we’re doing 10-15 minimum. A few hundred thousand pounds per quarter was brilliant – now UK perm alone expects £2m a month as the benchmark. It’s an ongoing process of looking at what we’re doing and amplifying it, something which is fed down through the business to inspire record-breaking performance. If I could sum up OJ in three words, it would be hardworking, positive and innovative.”

How has OJ recognised your achievements?

“Naming me 2014 OJ Personality of the Year, and plenty of promotions over the years. I’ve progressed from L&D consultant to senior L&D consultant to lead L&D consultant. I think my move from sales to ops conveys that I’m not as money-motivated as I once was, so financial recognition isn’t the be all and end all for me. To be honest, recognition from the business, and good feedback from our courses, holds greater weight with me than just getting some extra money every quarter.”

What advice would you give to someone who’s thinking of applying to work at OJ?

“Look us up online, check out our Glassdoor… get a sense of what we’re about. Of course, you can read up as much as you want, but if you don’t come in and see us, you won’t get a full picture of who we are. Whatever goals and motivations you have for a career in sales or ops, there will be someone in our business that has had the same aims and has been a success story. We also love positive people, so be confident and happy!”

Where do you see your future at OJ?

“As a team, we’re working on some really exciting projects at the moment in terms of D&I, GDPR, new onboarding processes and internal communications platforms. Our vision is to be seen as a successful learning function outside of recruitment, so we want to improve to the level of training teams in Pepsi, Barclays and Deutsche Bank. It will be a busy time for the team as we strive to develop these initiatives, so I’m looking forward to being a part of that. For myself personally, I want to lead the European initiative for L&D, expanding the team as OJ grows.”